Today is Bruce Lee’s death anniversary, even though the cause of his death is unclear and has various interpretations to it; what really is fascinating is the way Bruce lived his life. Bruce conquered the whole world with his charisma and his martial arts skills. He was not only a great martial artist but also was a philosopher. He was an actor, director, writer, author and choreographer, most of all he was a perfectionist. 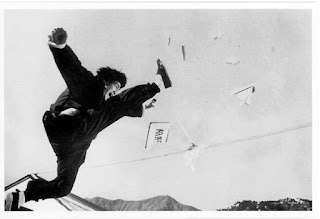 Few of the famous quotes of  Bruce lee:

“It’s not the daily increase but daily decrease. Hack away at the unessential.”

“To hell with circumstances; I create opportunities.” 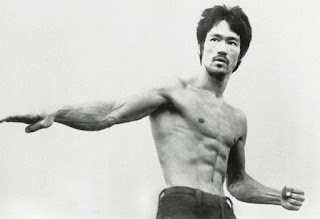 Bruce lee formed JKD or Jeet Kun Do, which has very direct and non classical moments. He also referred it as style without style or “the art of fighting without fighting”. Bruce lee is the pioneer of mixed martial arts and he showed the world not to be rigid with one style or form but to be open and use whatever is useful and let go of things which are not. Bruce lee’s approach towards training and an unparalleled skill and proficiency in martial arts resulted in creation of one of the best physique’s world has ever seen, not only was it good but also strong. He was able to perform super human feats such as two finger push-ups, and one-inch punch. These feats are yet to be equaled.

-Bruce's striking speed from 3 feet away was five hundredths of a second.

-Bruce could throw grains of rice up into the air and then catch them in mid-flight using chopsticks.

-Bruce could thrust his fingers through unopened cans of Coca-Cola. (This was when soft drinks cans were made of steel much thicker than today's aluminum cans).

-Bruce was able to explode 100lb bags with a simple sidekick.

-Bruce would ride for 45 minutes (10 Miles) on a stationary bike. 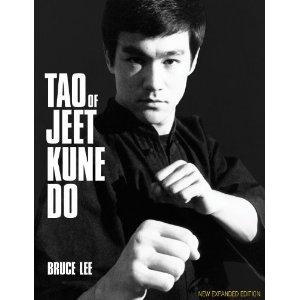 He was the first to bring kung fu and JKD skills and philosophy on screen without any aid of special effects. He paved way for future action super stars like Jackie Chan, Jet lee, Jean Claude van damme and many more. Bruce not only influenced martial artists but also people from all walks of life. He was, is and always will be an inspiration for millions of fans around the world.