High Intensity training is what gets you big and shredded. It’s one of the unique ways yet very simple to follow workout program. The beauty of it lies in its simplicity and is highly effective. Its time efficient and easy to follow. It’s followed and developed by mike mentzer to Dorian Yates. I have created a playlist with touching these topics along with Playlist containing top rated videos from my channel. Click on the image below which will take you to the playlist. 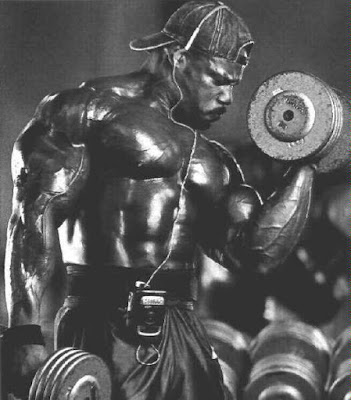 Posted by Prathap Umesh at 7:28 AM No comments:

Kevin levrone doing a comeback to bodybuilding 2015 and Training Routine, well his comeback is still a question; I don’t see it happening in 2015 but 2016 you never know.

He is very famous for training just 4- 6 months and getting back in competition shape but none the less he has incredible physique for his age and Wanted to go through his training back in the day, may not be the exact routine but was on the same lines. 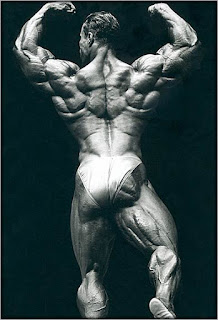 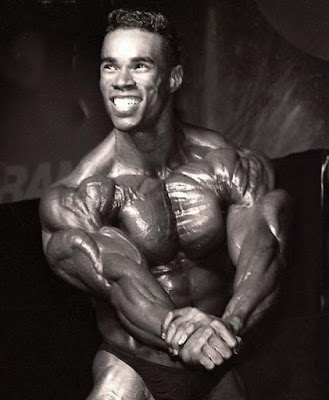 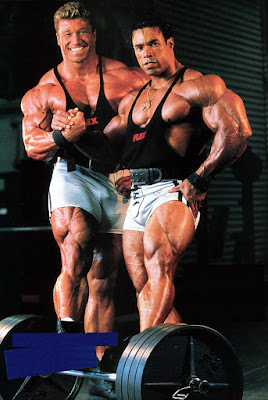 He does all the pulling moments on one day and push moments the next day. He is big on flat bench press, squat and bent over rows.
Posted by Prathap Umesh at 2:25 AM 1 comment:

Lee Priest Bodybuilding Legend, Lee Priest is a bodybuilding legend who an awesome bodybuilder the 90’s and was one of the best in the pro ranks. He is from Australia and started bodybuilding at a very young age of 12.He won his fist show at the age of 13, a great legend in making.


He won Mr Australia at 17 and he had phenomenal body, especially the biceps and quads were pretty impressive.  His training style is mostly influenced from the old school bodybuilding and is a great poser and we spoken witty personality. 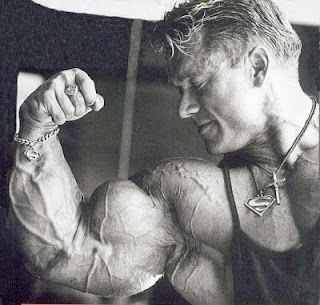 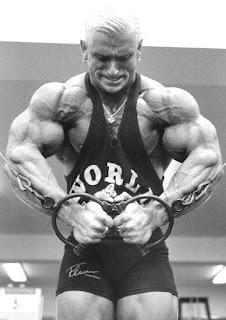 He is also a no nonsense and straight forward person which caused him lot of trouble in his career. He still trains to this day and still looks good. He also won Mr. Universe in 2013.
Posted by Prathap Umesh at 2:09 AM No comments:

Do you remember Dave draper?

Posted by Prathap Umesh at 7:29 PM No comments:

Alistair Overeem vs. Junior dos santos, this fight had to happen few years ago, it’s been a long wait but worth the wait. Both Alistair and JDS are great strikers and stand up artist. Alistair has accomplished everything what a supreme athlete should and could! He has been a K1 champion, strike force champion and has fought many legends and battles in pride.

JDS is an excellent fighter who is former ufc champion and has great heart and skills; he has fought battles with Cain and demolished some top heavyweight fighters. His comeback fight with Overeem is perfect for him because, if he wins this fight then he makes a big statement and can lead to possible title fight. 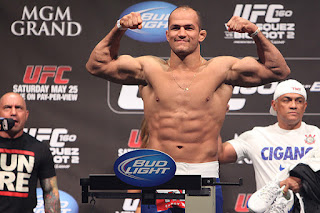 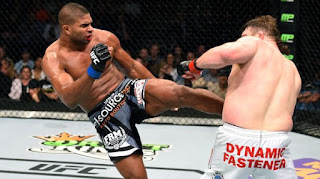 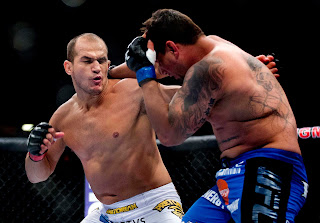 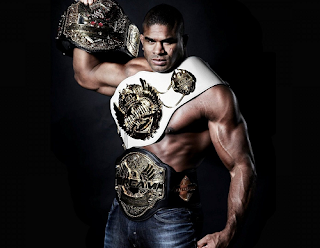 I see Overeem winning this fight either by knockout or decision. The reason I say Alistair is going to win because JDS hasn’t fought for a longtime and there will be ring rust which can have major impact on the performance and results.

Posted by Prathap Umesh at 7:18 PM No comments:

Dorian Yates Evolution, I am big fan of Dorian Yates not only for his tremendous physical development but also for the work ethic and focus he has demonstrated over a decade. He gave a new meaning to bodybuilding and presented it the way it is!

Posted by Prathap Umesh at 5:33 AM No comments:

Largest arms in the world

Manfred Hoeberl was a power lifter and a strongman competitor from the 90’s. He was from the same town as that of fellow Austrian legend Arnold Schwarzenegger. He won European strongman competition twice and was a very strong contender in world strongest men. 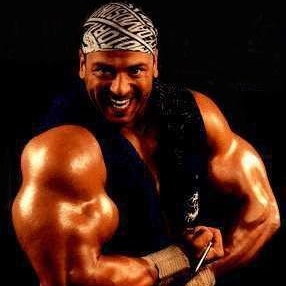 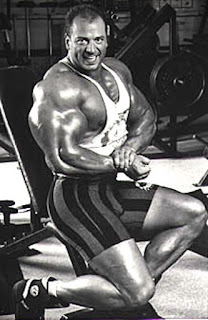 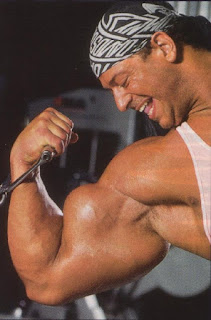 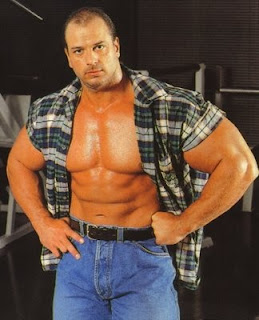 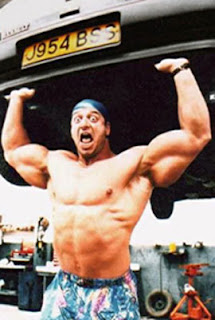 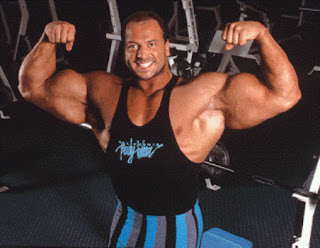 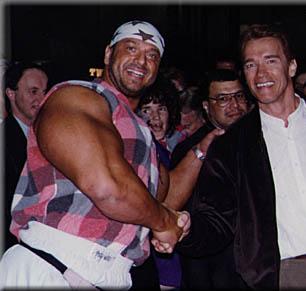 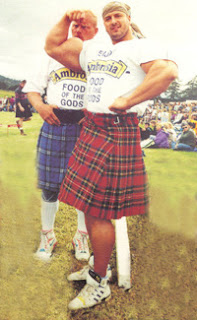 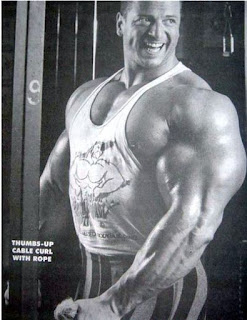 He won Austria’s strongman contest 7 times, he once was the man with the largest arms in the world which was 25.75 inches cold and 26 inches when pumped. He would curl 150 pounds dumbbell for reps like they were nothing. He is officially certified on the No. 3 Captain’s of Crush gripper. His fame in the world of strongman and power lifting was short lived as he was severely injured in a car crash and had major injuries thus stopping him from competing in world strongest man.
Posted by Prathap Umesh at 10:26 PM No comments:

As we all know Ronda Rousey vs Holly Holm Rematch is on! Now few thoughts cross our mind, at least my mind when I hear that. Isn’t it unfair that Holly isn’t provided time to defend her title against other top contenders in the line? Would Dana have done the same if another other fighter was beaten the way Holly beat Ronda?

Well let me tell you what I feel, “a fight is a fight for a true martial artist, whether it’s against an ex-champion or a top contender”. I don’t think if it were to be any other fighter other than Ronda they wouldn’t have got a shot at the title again so soon. On the contrary why shouldn’t Ronda get a rematch? She is the one who brought so much of attention to the female fighting division and to a level where it’s the main event. Ronda is an excellent athlete and should get a second chance at the title. Her attitude should be considered against her fighting skills. From the UFC standpoint, it’s a great event and is going to be even bigger than the first fight.

Coming to fight predictions, Holly is going to keep her title and defeat Ronda as long as she does extra lot of work on the ground game and is able to take care when she is in the clinch. Ronda on the other hand should and will go with what she does the best that’s ground game and trade mark Arm Bar! If she is going to think of beating Holly in the stand up that’s not going to happen.

But as I always say its fight and anything can happen in a fight!
Posted by Prathap Umesh at 7:35 AM No comments:

RIP Leroy Colbert, One of the best old school bodybuilder to be documented to have 21 inch Arm! Great friend of Arnold.

Posted by Prathap Umesh at 7:15 PM No comments: